ERIH, the European Route of Industrial Heritage, is the tourism information network of industrial heritage in Europe. The network is run by the ERIH association, which has more than 300 members in 30 countries. Regional Routes introduce in more detail the industrial history of landscapes, which were particularly influenced by industrialisation. In total we present over 2,200 sites worth visiting on our website from all European countries. All sites are assigned to one or more of 16 European Theme Routes, which represent branches of industry and show the variety and - together with over 240 biographies - the interlinkages of European industrial history and their common roots.

ERIH is certified as a "Cultural Route of the Council of Europe”. 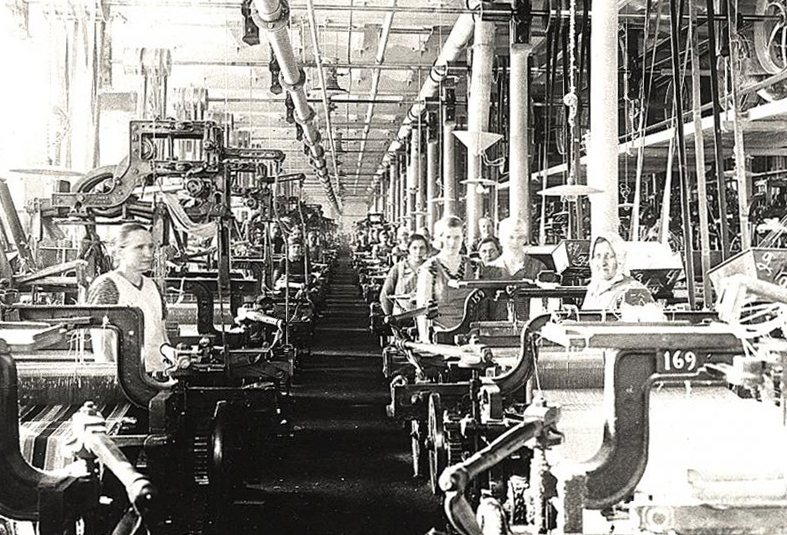 Forssa Museum and the Pattern Centre are part of ERIH network and the EUROPEAN TEXTILE THEME ROUTE.

Thousands of rattling bobbins on the spinning frames in cotton factories have become a byword for industrialization. British cotton mills were indeed the forerunners of, and models for the industrial revolution. That said, the first textile factory was a silk twining mill. The five-storey building was constructed in Derby as early as 1720. (ERIH). The textile industry arrived in Finland in the early 1800s and from this development, Forssa was born in 1847, joining the Finnish countryside to a larger European industrial textile revolution.

Picture is taken from the Forssa Weaving Mill in the 1930's.